True Beauty is one of the trending topics among Filipino Korean drama fans right now. We, at Viuniverse, are also in love with drama, and have decided to join the discussions. In our first op-ed, we’ll talk about whether we’re Team Suho or Team Seojun, our expectations for the drama and Webtoon’s endings, and some of the serious themes we appreciate being added in the show.

ARE YOU TEAM SUHO OR TEAM SEOJUN?

First and foremost, we’ve asked each other’s ships, why we like our ship, and what we think about the ship we didn’t pick.

beegiggle: I think I liked Suho the moment he and Jugyeong were seen eating ramyun in Prince Comic shop. Jugyeong accidentally snorted ramyeon up her nose – it was gross for sure, but Suho was such a sweetheart about it, it became a cute moment. 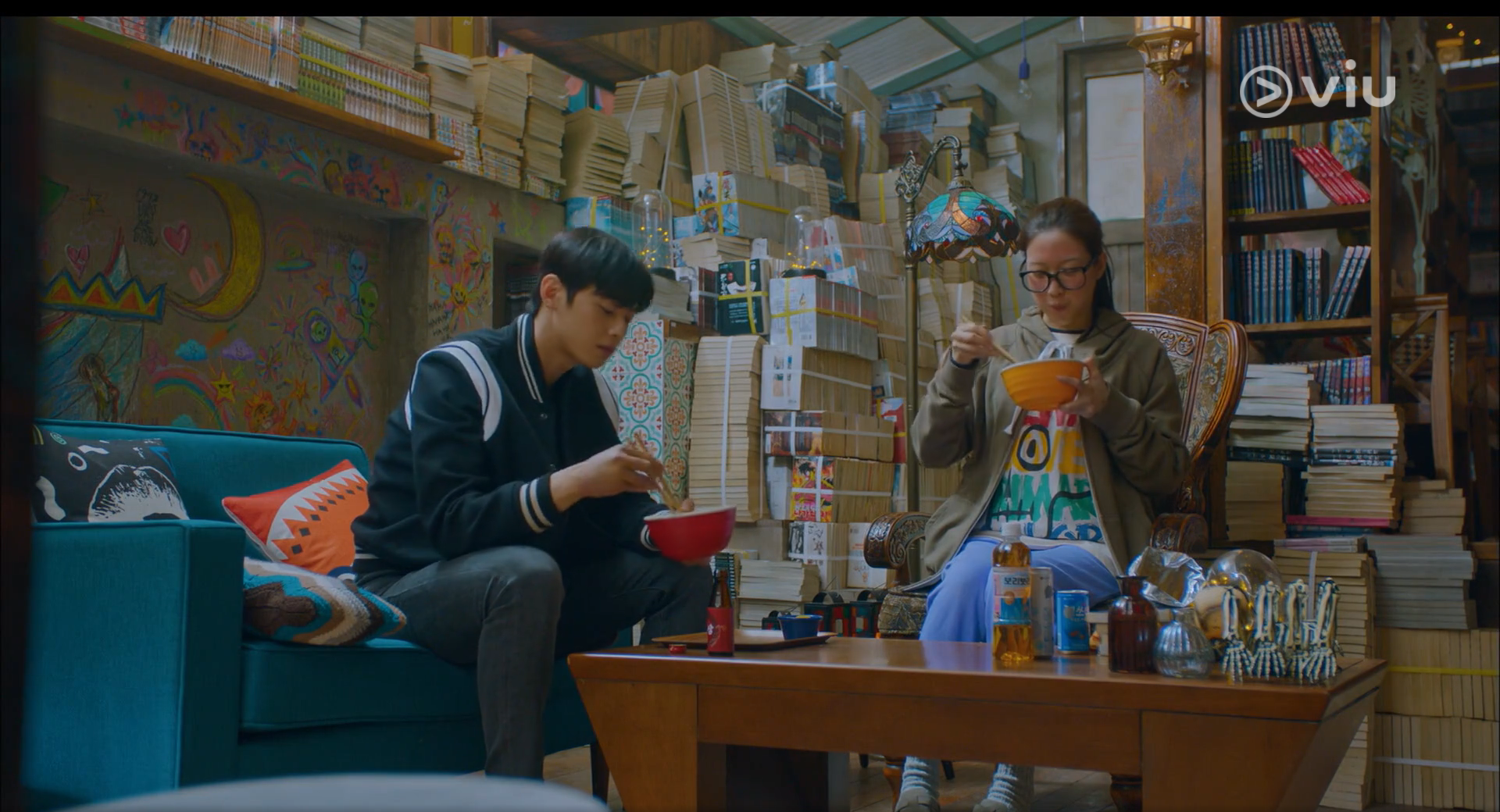 beegiggle: One of the things I love about this ship is that since it’s Su Ho that actually knows Jugyeong’s biggest insecurities and actually made an effort to comfort her and protect her, it makes for a lot of fluff and cuteness. Love that he’s able to appreciate her for being who she is. SANA ALL.

byeol: For me, I’ve been reading the Webtoon even before the drama started, I’m currently mostly #TeamSeojun. I was #TeamSuho before, during the first part of the Webtoon. But I started to love Jugyeong and Seojun’s relationship — spoiler warning: they dated in the Webtoon. These two adore each other so much, that it’s difficult to focus on Suho and Jugyeong’s relationship in the series. Still, if only counting the moments in the drama, I do understand why a lot of people also like Suho x Jugyeong. Though, I’m partly torn between the two, since some of Suho’s scenes in the drama are Seojun’s, and vice-versa. Still, for the drama, one of the scenes I’ve loved (despite it being a painful scene for Seojun) was when Seojun was wiping Jugyeong’s tears while saying that she likes Suho. 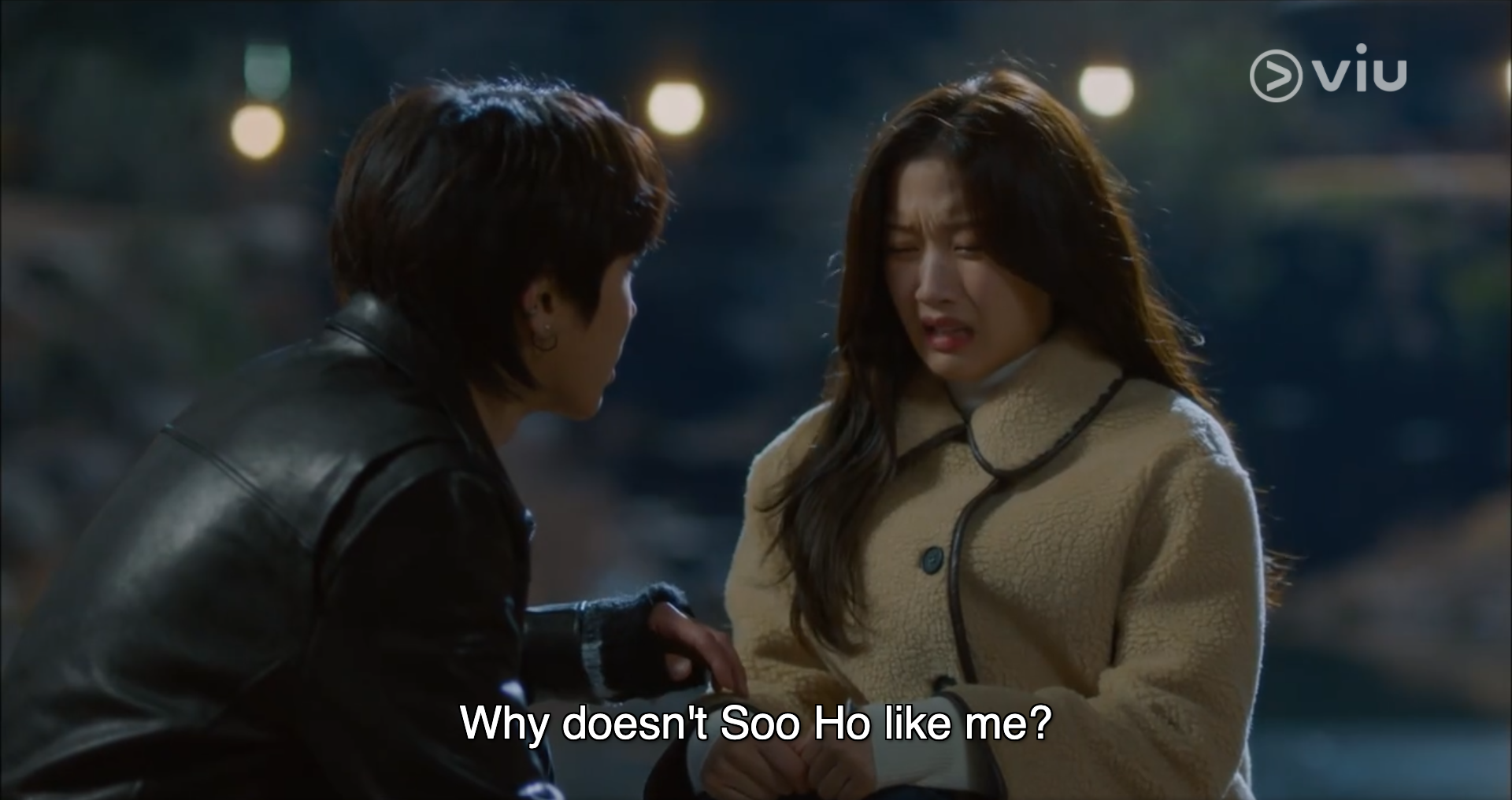 byeol: Seojun stood by her side, despite knowing that she liked Suho — spoiler: In the Webtoon, he stayed with her when Suho left. He continued to cheer on Jugyeong despite knowing that she likes his friend. Plus, their chemistry when they’re together — the way they tease each other — is really adorable. Also, just like in the series, Suho didn’t really see Jugyeong as a different person when he saw her without makeup on.

Lee Suho’s wife: I’m Team Suho. Suho was the first one to see her barefaced. He liked Jugyeong for what she is, remember the scene that Suho actually knew her (without all the makeup) but still, that didn’t stop Suho from liking Jugyeong.

Lee Suho’s wife: They also share something special and share similar taste for horror comics (which is kinda surprising, but, nevertheless, I think it’s cute).

WHAT’S YOUR OPINION REGARDING THE SHIP THAT DIDN’T SAIL FOR YOU?

beegiggle: Believe it or not, I’m not actually against Team Seojun! He’s also really kind-hearted, a real sweetheart, and I would say, one of the most mature guys in dramaland. Suho just had the privilege of being first in line, and anyway I’m just not one for the bad boy types. 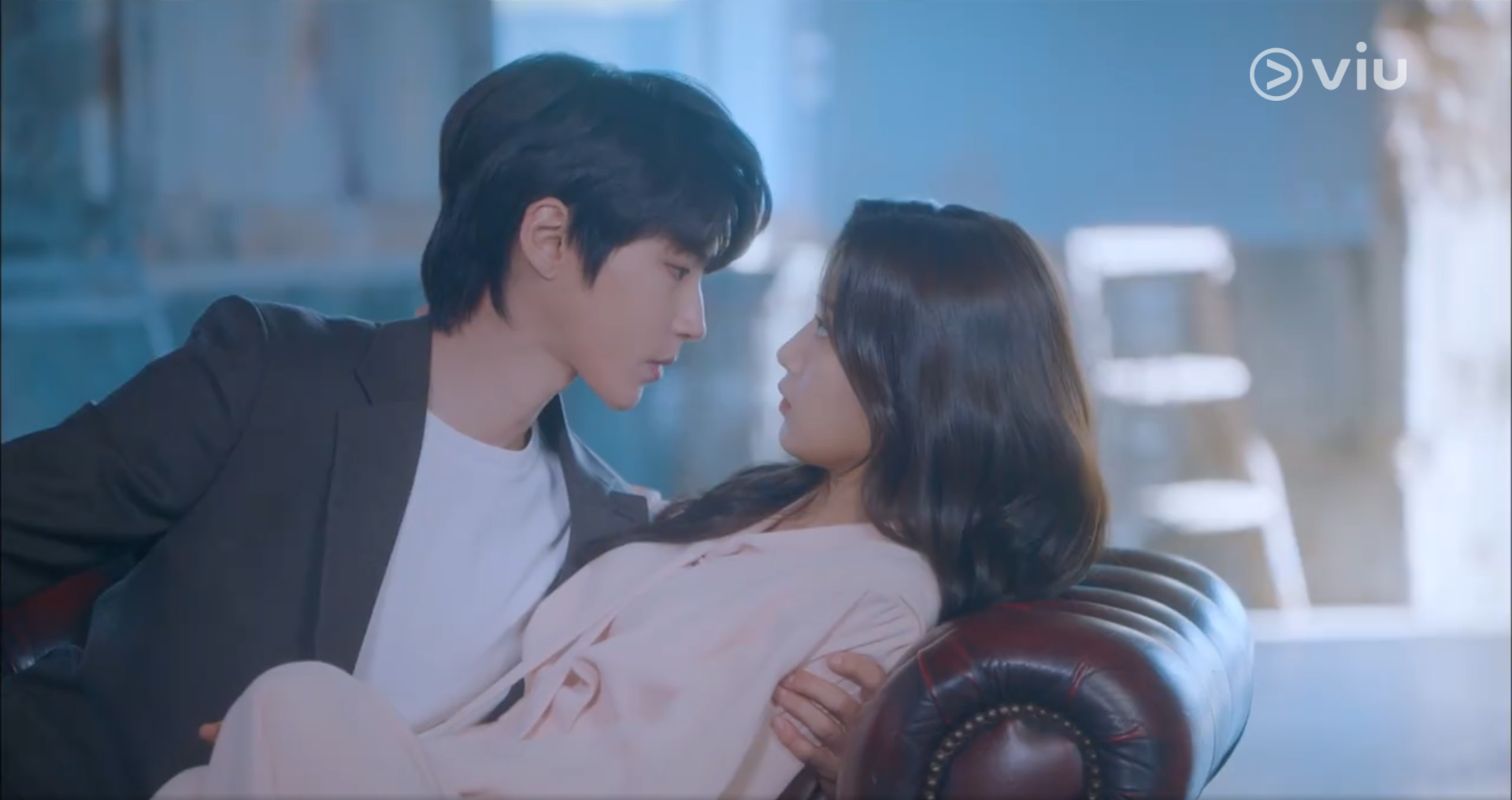 byeol: I don’t dislike Suho, I actually like both the Webtoon Suho and the Korean drama version of Suho. Suho in the drama also has a lot of connection with Jugyeong, more than the Webtoon Suho. But I think, one of the reasons that’s stopping me from shipping them is the fact that I’ve started reading the Webtoon before watching the drama. In the Webtoon, it was Seojun who stood beside Jugyeong for three years (or more).

Lee Suho’s wife: Not that I’m against Seojun in any way. I mean, he’s a kind guy, a gentleman (in some ways) and extremely handsome, but it’s just Suho and Jugyeong have that connection that others don’t have.

Two of us loved the drama even though we haven’t read the Webtoon, while one of us started as a Webtoon reader. Hence, the difference in opinions.

beegiggle: No, I haven’t read the webtoon actually! I have a lot of friends who have and are recommending it to me. I just haven’t gotten to reading them because, well, life happened. But from what I’ve been hearing from the interwebs, the Webtoon is so different. I’m just scared to be disappointed if my ship doesn’t sail. *nervous laughter* 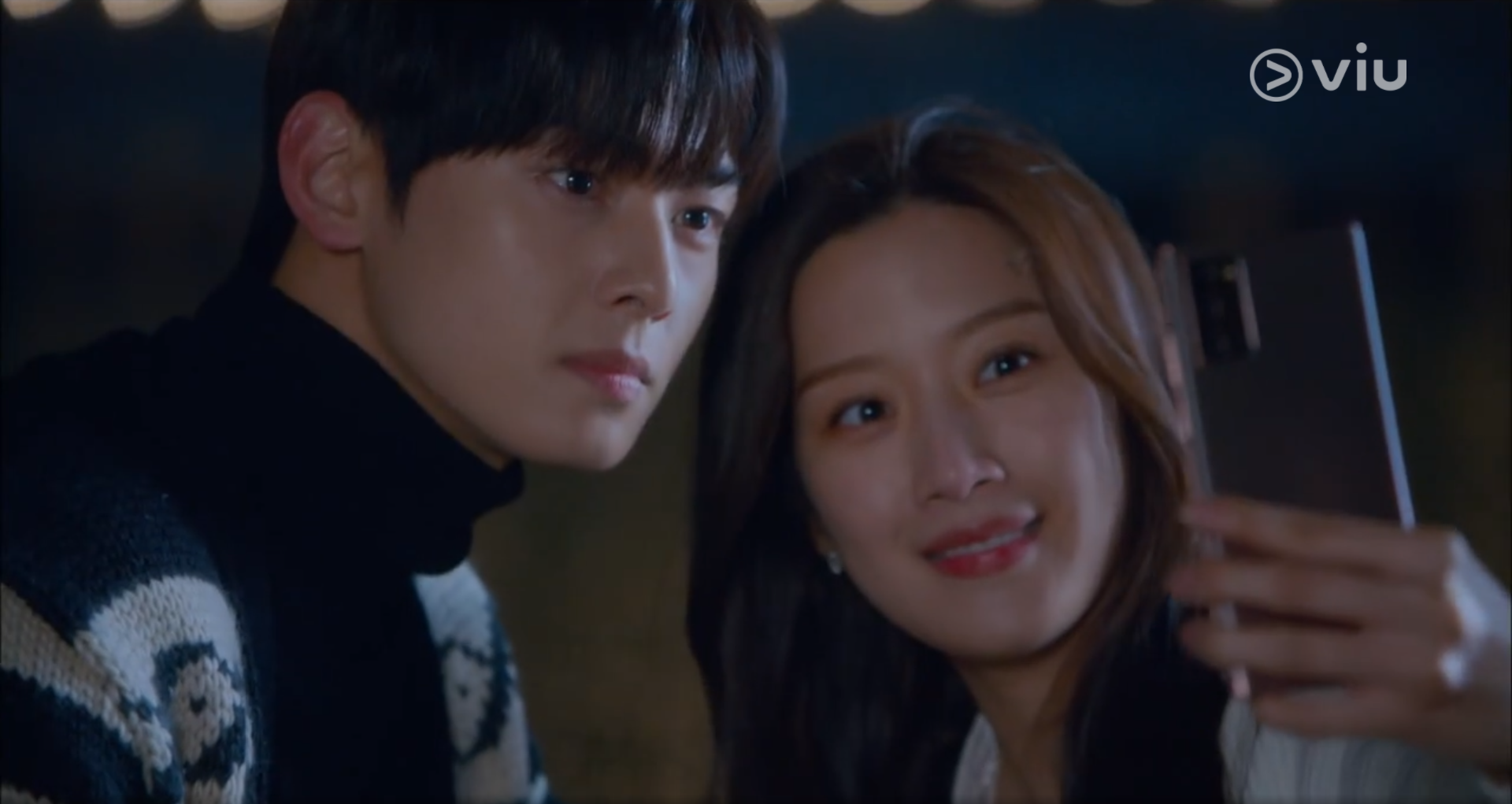 beegiggle: I didn’t have high expectations for the show to be honest! I think it’s really because I haven’t read the webtoon and was not as excited as the people who have. That’s why I was so pleasantly surprised by the show and how much I love it now! It was only when I researched it that I found out why – the show is directed by Kim Sang-Hyeop, the director of Extraordinary You! Love that it had the same fresh vibe that makes it so different from the typical high school drama.

byeol: So, yes, I did have expectations when I started watching the drama. I love how funny the drama is, and how they incorporated stuff that weren’t in the Webtoon. I’m just a bit sad that a lot of the scenes got switched.

Lee Suho’s wife: I actually heard A LOT about the webtoon – on how the drama adaptation was very different in many ways from the webtoon itself. So yeah, I think, I might give it a try.

Lee Suho’s wife: Either way, I love the drama through and through.

Here’s what do we think about the heated discussions between fans. 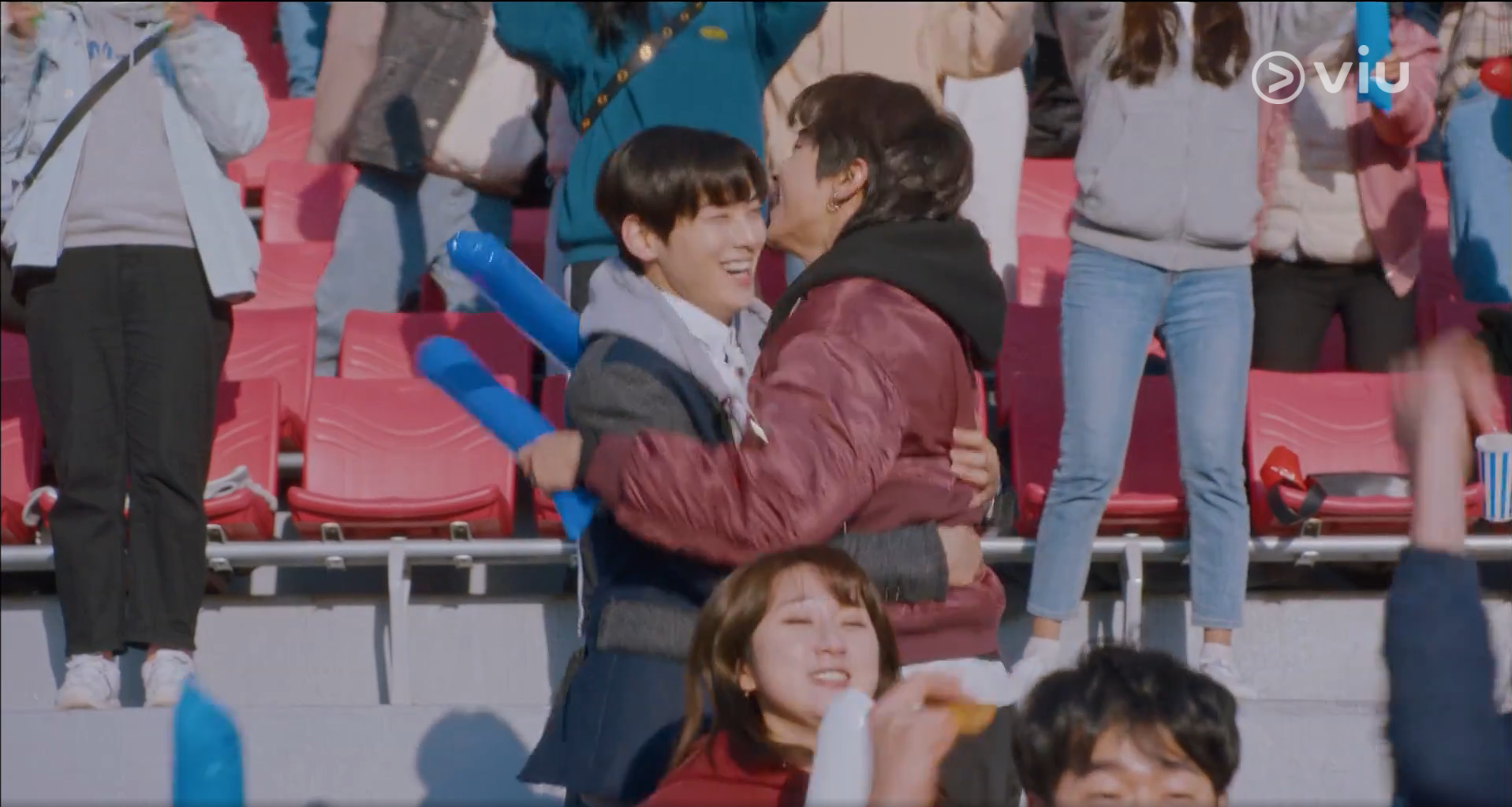 beegiggle: As someone who pretty much grew my love for dramas through drama forums, I will always be enthusiastic of healthy discussions about the show. It’s a lot of fun to see other people’s point of view, and how our opinions on a certain drama aspect could be so different but still so correct and valid. But I think it’s so important to also point out that at the end of the day, the key is to still have a healthy conversation. Dragging people down at the expense of being right will not be the answer and should never be.

byeol: I don’t mind healthy discussions between fans and viewers, as long as both parties maintain respect and are polite to each other when discussing their ships and opinions.

Lee Suho’s wife: I think it’s kinda interesting and *fun* I supposed on how a simple show can create such debates amongst fans in general. I think once a show gets to that point then you shouldn’t miss watching it for yourself.

The drama version of True Beauty also touched serious themes that weren’t in the Webtoon. We’ve discussed which of these we think had the most impact.

beegiggle: When you think about it, True Beauty is a teen/high school drama. It’s supposed to be light and fluffy, but what I found so amazing about it is the way it tackles different themes that high schoolers may be encountering. I know some people who have been bullied in their high school years, and for sure there are some that are being bullied today. So it’s good to have that representation and assurance for those kids in their tv sets, that at the end of the day  you are not defined by who others say you are, but what you put out into the world. Suho and Seo Jun didn’t fall for Jugyeong for her looks, it was because of her kindness, compassion, and empathy that made her different and lovable. 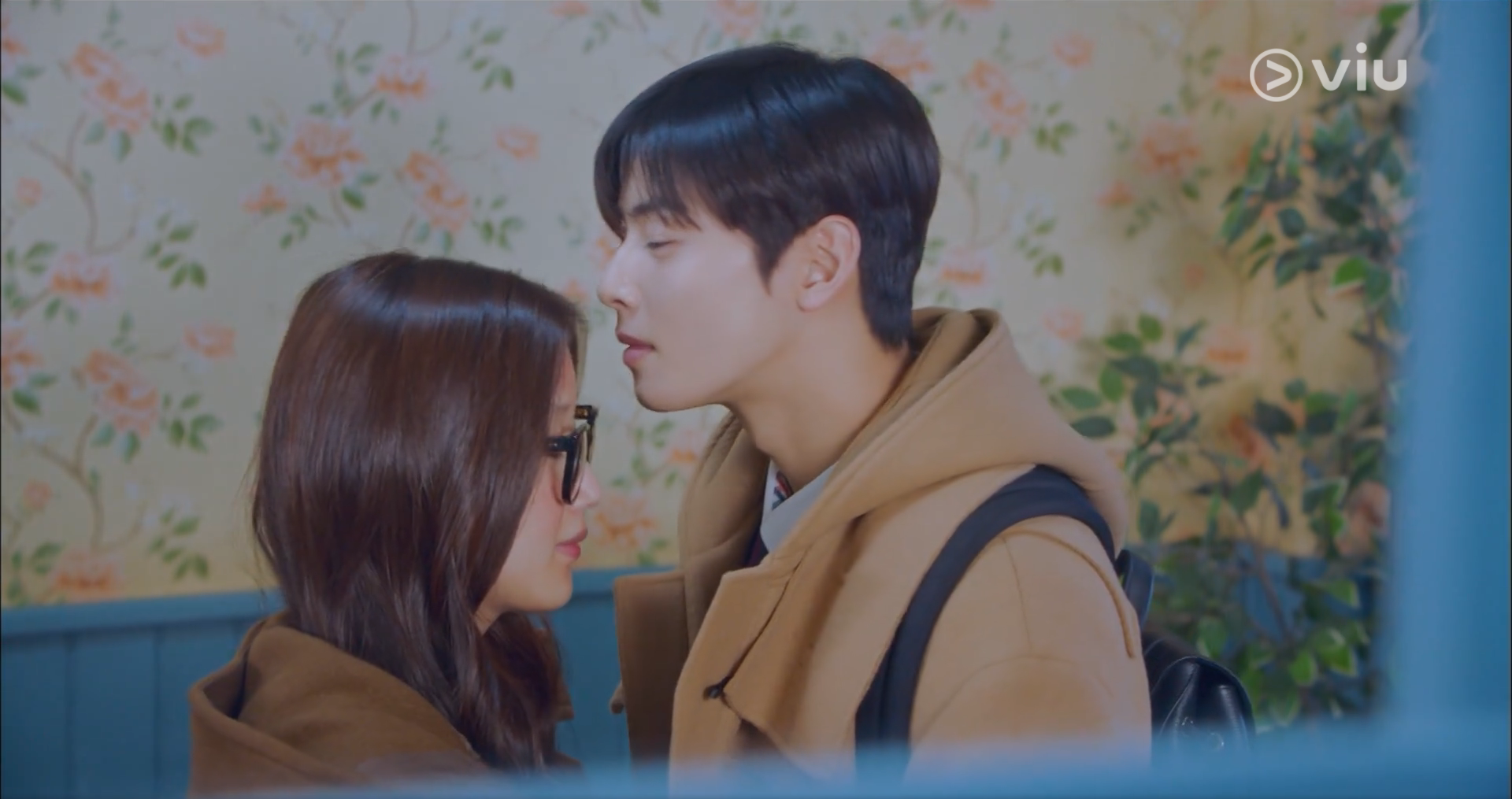 byeol: The way they handled the bullying part. It was actually intense, but served as an eye-opener that school violence still happens and it needs to stop.

Lee Suho’s wife: Probably on the friendship side. I think Suho, Seojun and Seyeon share this bond that’s beautiful. It taught us the importance of friendship and I think that’s one reason why you should watch the show.

beegiggle: I wouldn’t really mind if Seo Jun becomes endgame, even if I really really hope it’s going to be Suho. All my wishes from the beginning though has already been granted in the last couple of episodes. [SPOILERS] Jugyeong was able to stand up for herself and became confident in her own skin. My #TeamSuJun heart has also been happy with the restoration of the BFFs’ friendship. [END OF SPOILERS] What can a fangirl possibly ask for? But I guess, maybe for every single one of our beloved characters to be happy. Even maybe, Soo Jin – or… not? 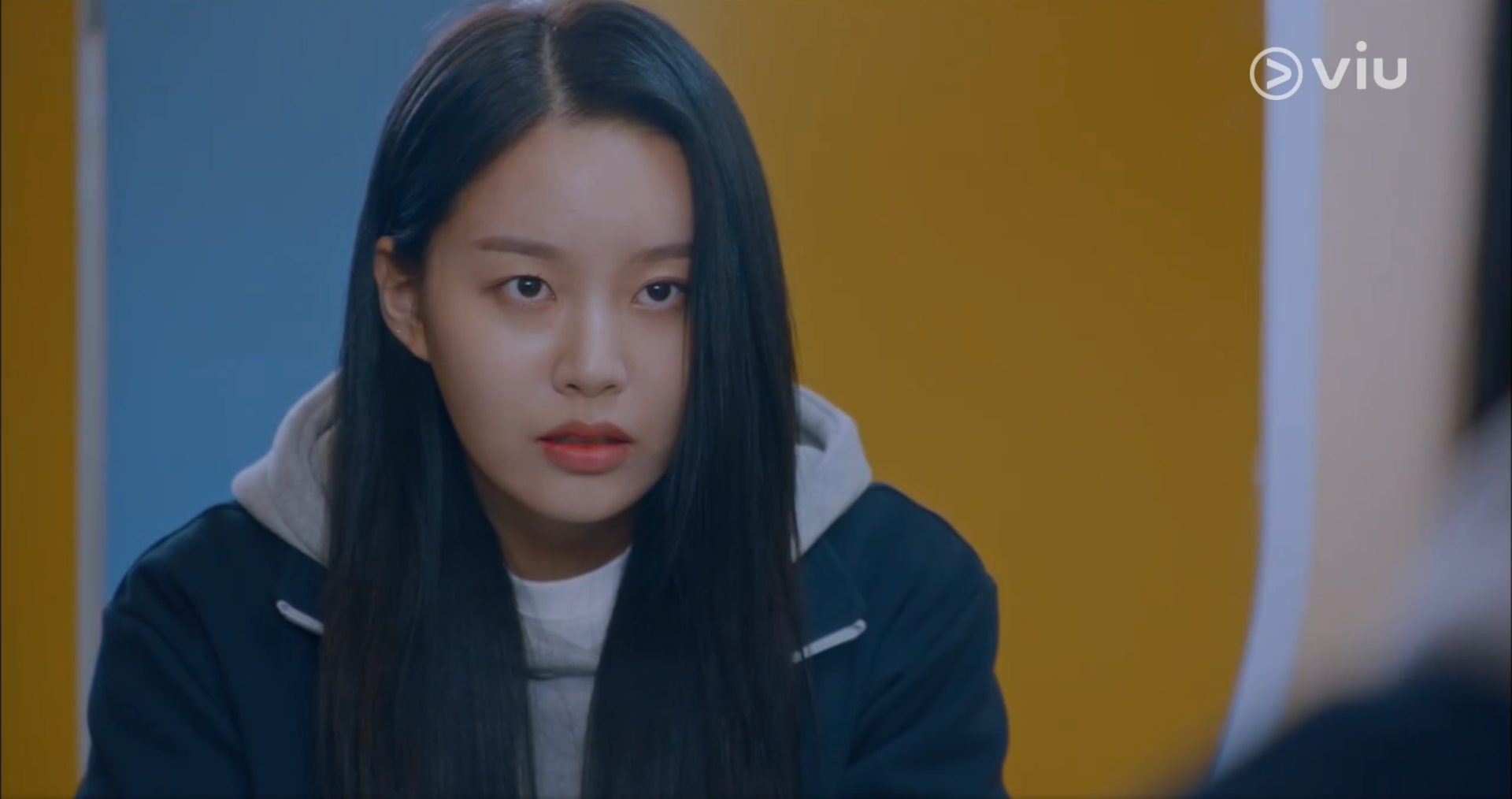 byeol: As much as I love Seojun, the Webtoon is giving me mixed opinions. Mostly because Suho and Jugyeong (spoiler warning) drifted apart due to miscommunication, but it was the same with Jugyeong and Seojun, they also broke up due to miscommunication. Still, they’re all friends now. So, all in all, I’m partly hoping to see Jugyeong end up as a strong independent woman who doesn’t need a man. As for the drama, I’m really hoping for an open ending just because the Webtoon isn’t over yet.

Lee Suho’s wife: I would love the drama to end with a good feeling to all the viewers. 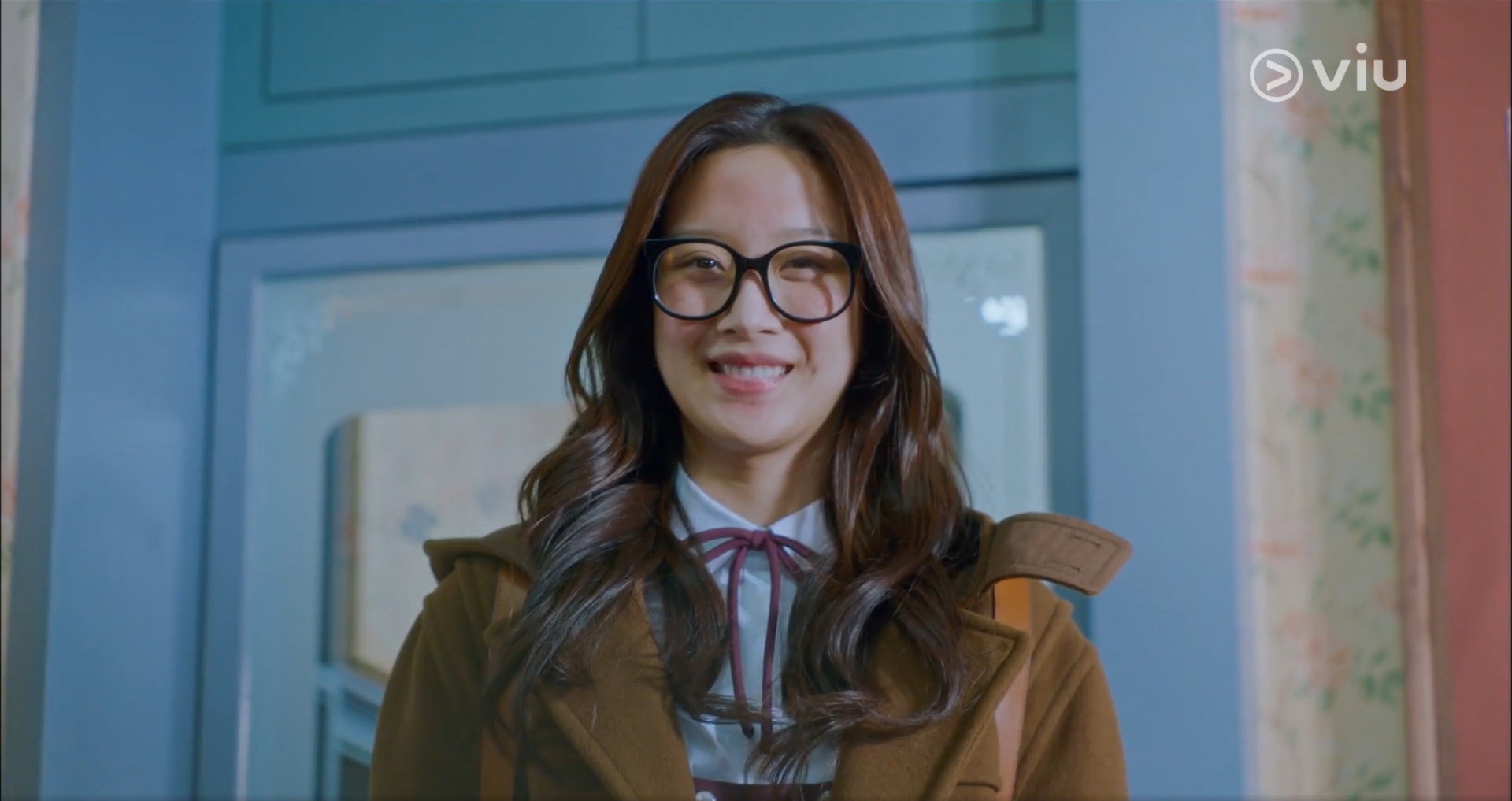 Overall, we may have different opinions. But, overall, we all just want this series to end in a good note. Jugyeong, hwaiting!

How about you? What are you thoughts? Do share with us in the comments below!